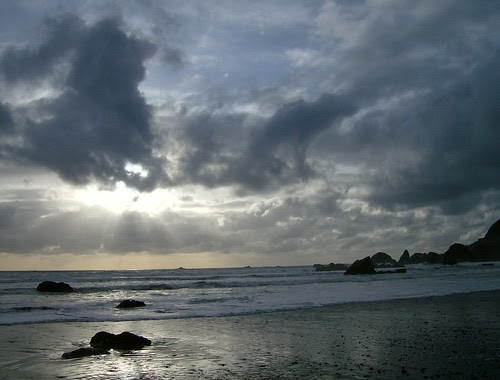 Oregon Coast - Brookings, Oregon 069, a photo by JoeDuck on Flickr.

Looking forward to the winter waves and skies of the Oregon Coast. Oregon's great in summer but our rough and tumble coast is simply outstanding in the winter, where big surf pounds the rocky shore sending spray hundreds of feet in the air. 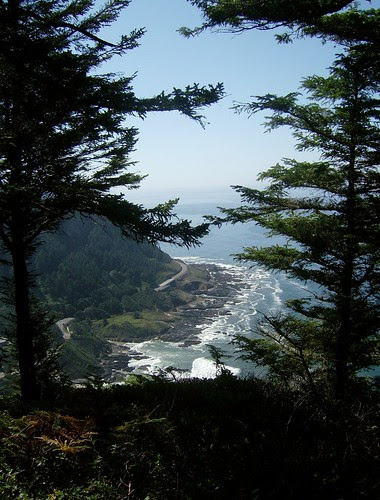 The Pacific Coast National Scenic Byway offers incomparable coastal scenery as it winds along the Pacific up and down the coast of Oregon. From Astoria in the north to Brookings in the south, highway 101 often hugs the rocky cliffs although there are also stretches of highway without views. Allow more time for this route than you'd think with a casual look at a map. For example it only takes about 4-5 hours to travel from Southern Oregon to Portland via Interstate 5, but it can take as log as twelve hours to travel from Astoria to Brookings along the coast, depending on traffic and conditions and your driving tendencies. But this drive is not to be missed - in my opinion the Oregon Coast from Yachats to Brookings offers the world's best coastal scenery - largely unspoiled and appearing much as it has for the past millennia. Spruce and Fir forests to one side and crashing surf to the other make this an unforgettable journey. Be sure to take some of the amazing short hikes at Oregon State Parks or highway 101 scenic waysides. Devil Churn at Cape Perpetua and Indian Sands near Brookings are both short but spectacular coast hikes.

Oregon Coast, Stones on the beach in Brookings Oregon 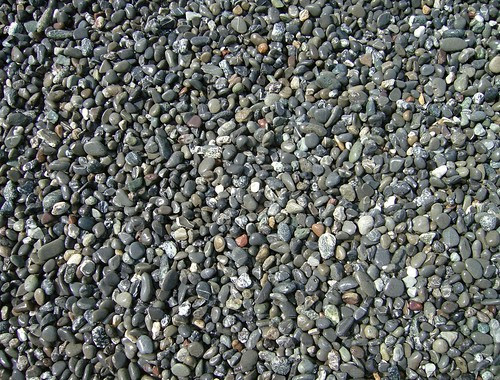 Oregon Coast, Brookings Oregon, a photo by JoeDuck on Flickr.

Along the Oregon Coast (this is at Brookings. Oregon) Beachcombing is a great activity, especially in winter when the waves mix up the rocks on the shore. Semiprecious stones called "agates" are a prize here even though they have very little actual money value. Agates are a form of chalcedony. The agates are polished by the waves and sand into a great collection piece. Unfortunately, they are VERY hard to find. www.OregonCoastTravel.net 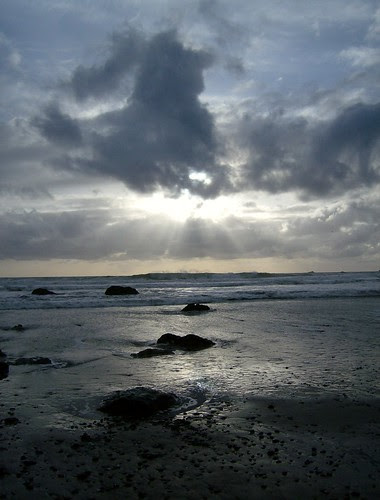 Oregon Coast - Brookings, Oregon 068 a photo by JoeDuck on Flickr.

Despite Tsunami warnings up and down the Oregon Coast as well as an evacuation alert for the entire coast, the Japan earthquake did not lead to a catastrophic wave along Oregon, let alone pretty much anything except perhaps a few more higher waves than otherwise.
Although many will suggest it's better to be safe than sorry, this is probably more an example of how media hype gets in the way of clear thinking than anything else. CNN and local networks were breathlessly predicting trouble on the coast ever since the news of the tragedy in Japan hit, yet as the dust settles we're finding that only in the center of activity was this a catastrophic event.
This matters because people are already somewhat desensitized to warnings of impending danger in terms of nature and terrorism. Perhaps we need a system that more rationally defines what we can expect in terms of trouble?

OHWY.mobi - Travel the coast with your phone

Online Highways Mobi at OHWY.mobi is our new Oregon Coast Mobile application that helps travelers find their way along the Oregon Coast, especially along Highway 101 - the Pacific
Coast Scenic Byway. We're also starting to feature location information for California and Washington.
Although Online Highways MOBI is not very impressive on a big computer screen (for information from a computer or larger screen go to our Oregon Coast Travel website), OHWY.mobi will help travelers use their phone to find all kinds of helpful information as they travel along the magnificent Oregon Coast from the "Wild Rivers Coast" in the South to the mouth of the Columbia River in the north. Hotels, restaurants, and attractions are all featured in a simple phone friendly format, easily accessible from your car or while hiking.
Online Highways Mobi is at this link: OHWY.mobi .
For more about the Oregon Coast - go to our Oregon Coast Travel website
For more about the Pacific Coast Scenic Byway go HERE